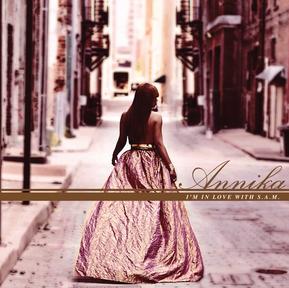 ​​Hailing from the home of musical talents Isaac Hayes, Elvis Presley, and let us not forget Justin Timberlake, this blues, rock and barbeque-bred chanteuse loves to put on a show. Annika is a dancer turned singer/songwriter who choreographed and performed her first group dance routine to Janet Jackson’s 1990 hit “Alright”.  It was then that she discovered her talent for entertaining. She became involved in the arts at an early age and performed in talent contests throughout her youth. From high stepping as a majorette to singing in the school choir, Ànnika was a natural.

Ànnika developed a love for Classical/Jazz music through her father and R&B/Gospel through her mother and grandmother. The daughter of working middle class parents, Ànnika was encouraged to attend college instead of pursuing a musical career. Deciding not to let go of her love for entertainment, Ànnika chose to pursue a degree in performing arts. In addition to studying the arts at The University of Memphis, Ànnika also studied at the prestigious Bob Westbrook Entertainment, Robert Gordon Acting Studio and Mid-South Academy of Dance. Well aware of the world around her, this vibrant star enjoys giving back through community service and sponsorship of several non-profit organizations.

Annika released her 1st single in 2008 and began performing throughout the mid-south and the east coast. She is praised for her down to earth persona and has captivated audiences with her live performances. Annika’s EP “I’m In Love with SAM” is available on iTunes.It is her first full body of work.

LIVE LIFE AS IF EVERYTHING IS RIGGED IN YOUR FAVOR. - RUMI